Håkan Lidbo is a musician, artist, innovator, designer, and founder of the Rumtiden Idea Lab, an unconventional creative workspace in Stockholm.

The work of Håkan and his collaborators stretches across music, art, installations, games, robots, software, public installations, and more. It's quite difficult to define exactly what they do, which is a testament to their vision: "bringing totally new ideas into the world that weren't here before."

Håkan himself is wildly prolific (he has released more than 350 records and held a world record for the fastest-releasing musical artist in the early 2000s) and an embodiment of innovation. I sat down with him to talk about how he's able to place himself outside conventional structures and traditions while thriving as a productive and creative leader.

It's probably my most difficult task: to find a simple way to phrase what I'm doing.

Rumtiden is a workspace, a laboratory, a gallery, and a workshop, all at the same time, in the same place... there is no business plan, there is no structure, there is no software to organize our job... people work here for no rent...

A rule of thumb I use to judge the upside of a new project is how difficult it is to fit into categories we already have. If it's truly interesting, chances are it's hard to define in a few words.

That said, creating or defying categories is dangerous. If it takes an hour to explain what you're up to, good luck finding someone to listen.

Though Håkan is challenged to find the words, his portfolio speaks for him – a perfect example for the power of showing, rather than telling.

In design, the designs speak for themselves. This is one of the key points made often by one of my go-to authors on design, IDEO's Tom Kelley. In The Art of Innovation he has written about how prototypes serve as a "shorthand," and in Creative Confidence he dedicates a chapter to how the "do something" mindset wins the day.

The structure that we normally use in order to have some sort of order and more profit in our organizations is built on ideas that we take for granted.

The biggest thing that has happened since the 1970s is that the world is pretty much at peace. Before that it was war everywhere. Now it's almost everywhere there is peace. But we still organize ourselves as armies. I'm thinking, maybe there could be another model...

A much better model for a company would be a platform for people with talents to do stuff. The organization is built from the people, rather than the people being employed to fit the organization.

If you make a song, you don't make a drawing or have your post-its and have a board meeting to discuss the song... Maybe you dream it,  maybe you stand and it just comes to you... It's very much your imagination that will create it.

In Greek mythology, the villain Procrustes lures travelers to spend the night on his iron bed. Some are short, and he stretches their bodies to the bed's length. Some are too tall, so he amputates the legs to fit his bed.

The vast majority of organizations that structure how we work today are Procrustean beds.

Traditional organizations are designed to win at zero-sum games which have but one winner. The relatively peaceful conditions and the technology which define the 21st century mean that we can choose to play positive-sum games instead, where one's victory does not have to mean another's loss.

That said, there is an inherent trade-off between design and creativity on one side, and organized collaboration on the other. Creative individuals struggle to fulfill their personal vision in harmony with the establishment; and leaders struggle to nourish innovation without upsetting the order that keeps the machine going.

Many volumes have been written about the battle between institutions and creativity. In my own practice of organizing institutions for creative work and innovation, I find myself returning to the lessons I learned from Creative Selection by Ken Kocienda – an ex-Apple engineer who recounts working under Steve Jobs. More recently I've been enjoying How to Fly a Horse by Kevin Ashton, who has certainly done his homework investigating the psychology and sociology of creativity and invention.

I first read about the myth of Procrustes in Antifragile by the incisive Nassim Nicholas Taleb, and only then discovered his other book, aptly titled The Bed of Procrustes.

On identifying and choosing positive-sum games, I've benefited a lot from Naval Ravikant's perspective. The Almanack of Naval Ravikant, compiled by Eric Jorgenson, is an excellent starting point.

I have this belief that we have a serious problem in our world: we don't train creative thinking. We think we do it, but training means that you actually do it. It's not that you go to a seminar and listen to someone who's successful with their company.

If a long jumper is training really hard before the olympics, you will see that long jumper jump longer, because of this training. It's a strong correlation. But you never see a long jumper coming into the olympic arena direct from McDonalds in a taxi, and jump really long... But we think that we can have this meeting with these people who normally sit down... and today we're going to be creative – because we hired this guest speaker, and we expect people to be creative. I don't think we can do that... How can we expect people to be good at creativity and new ideas when they don't practice?

A good proportion of what passes for design (and especially "design thinking") in the world of business these days revolves around "workshops" and involves a lot of post-its. I've heard more than one respectable designer call these "theater" instead.

It's interesting to look at the history of how design is framed in business. Design Thinking, packaged for business with capital D and T, originates from the California-born design consultancy IDEO and the Stanford d.school, both co-founded by David Kelley. His brother and IDEO partner Tom Kelley co-authored three books on the philosophy and practices of Design Thinking – The Art of Innovation, The Ten Faces of Innovation, and Creative Confidence – beginning long before it was productized.

Tom Kelley does not overthink "thinking" – he champions "doing" as the essence of design. The phrase "design thinking" does not appear in 2001's The Art of Innovation. It shows up 3 times in The Ten Faces of Innovation (2005), and 50 times in Creative Confidence from 2013 – increasing as the product becomes ready to ship.

I suspect that it was IDEO's then-CEO Tim Brown who contributed significantly to codifying Design Thinking and packaging it into a B2B product. His 2010 book Change By Design situates Design Thinking for business and change management – with 158 occurrences of the phrase.

In the years since then, Design Thinking has evolved into a diverse industry with as many imitators as there are true players who act from first principles. Today you can go out and buy Design Thinking in a package.

I like a stylish label on a good-looking package as much as anyone. But the level of achievement that Håkan represents is only possible by acting from true principles. And the true principles of design are practice, practice, and practice.

On thinking with the hands:

Here is a game prototype, built with Lego – if you make a mistake it's very easy to change. I have boxes of different colored Lego. I use it for making quick prototypes... This whole office is built on the same units, which is 75x75 – the standard shape in Minecraft – and I have a plate that is 75x75 in Lego, which I can use as office space and attach things... I also have it in vertical mode, which I use for projection mapping, or as a calendar, or to make paintings... I can have a Lego ceiling in the office space if I want. Whatever that might be good for, I don't know – but if you don't do it, you will never find out.

I really like the feel of it, and I like the look of it, but most of all I like the very idea. [Lego] is like the best toy that's ever invented, because it's whatever you want it to be.

One of the best books ever for design professionals is Michael Bierut's How To (see Episode 2), with 36 brief case studies on the logic, skills, and practices of graphic design. But the book with 36 case studies comprises 38 chapters – the first two set the stage.

In the first chapter, Bierut tells his life's story. The second chapter is titled "how to think with your hands."

Many people think, and then do. Designers think by doing.

Thinking with the hands is a meta-skill that applies to all design work, regardless of specialization.

Michael Bierut thinks with rough sketches on a cheap notebook. My friend and colleague Mafalda thinks with her iPad. I think with a keyboard and mouse. And Håkan thinks with Lego.

Pro tip from Håkan: Buy your Lego parts second hand, and wash them in the dishwasher.

On failure and invention:

When it comes to art, failure is just another art. Or it could be that something is not supposed to be art, but it fails, and then it becomes art.

That process fits very poorly with the industrial model. If one would have asked Picasso, "You're applying for some art grant here, you say you're going to develop cubism... So how long is it going to take? How many months? And do you need some travel?" It doesn't happen like that.... It's a completely different process... There's something very valuable about this process that you never see in industrial or academic projects, because they all have to be measured and validated. It's a pity. I wish there would be a way to work with engineering just like cubism.

As I write this, I'm in the middle of a project where I'm working with a designer and a filmmaker, hacking on experimental robotics applications, combining autonomous drones, collaborative robotics, biosensors and motion capture in ways I haven't seen anywhere else. Some of the machines we have are definitely not intended to be used in the way we do, and there's no-one to call for help – I might very well be the only person in the world who's hacking all of these things into one system. The technical and creative work is challenging. We also have a budget, and we have deadlines.

This is a hundred hours of hacking, building, writing, sketching, and filming, all in negotiation with a creative team. Before that, it was a hundred hours of engineering where I broke through so many walls, I prepared notes for multiple articles and lectures about them.

This is hard. But it's joyful work.

The frustrating part of the project is having to explain our work to the sales, marketing, and management professionals who are sponsoring it.

Doing creative work is hard. Explaining it is also hard. And they are different kinds of hard. Even though I'm comfortable with both hats, two hats don't fit on the same head at the same time.

This is why leaders who speak the language of organizations while making space for creative work – like Håkan did with Rumtiden – are precious. 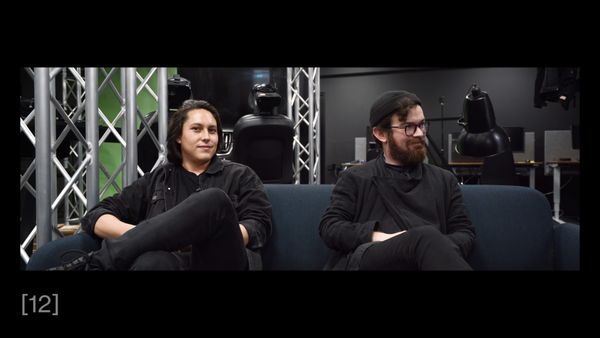 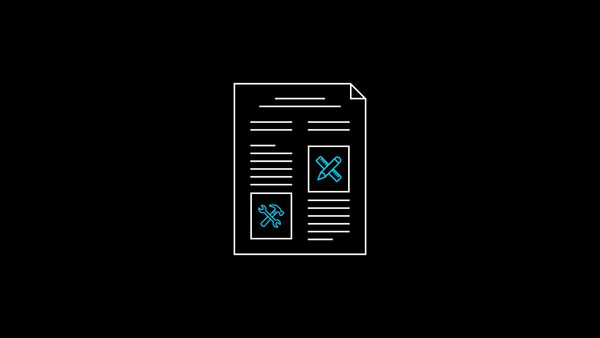 Crash Course in Research through Design

A primer on the history, methods, and purpose of Research through Design 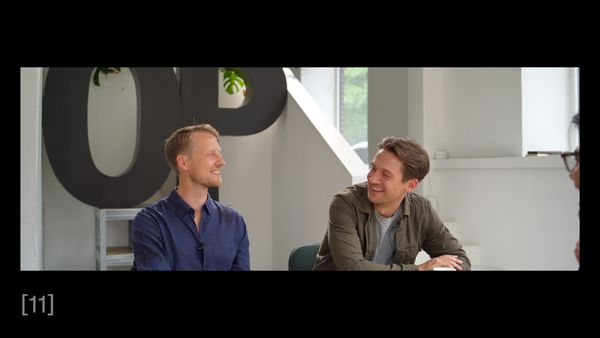